Angers will play at home against Saint-Etienne as part of the postponed match of the 20th round of the French championship. The meeting will be held on January 26. 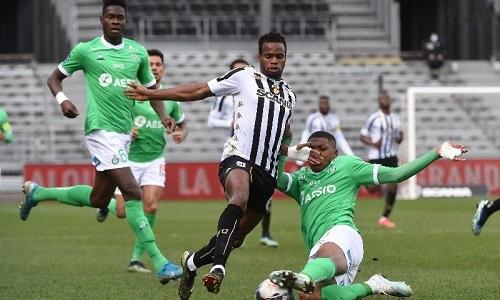 Angers are 12th in the Ligue 1 standings after 21 matches in which they scored 29 points.

In a recent match, Geral Baticle’s team won at home against Troyes (2:1) thanks to a brace from Tom Mangani, who converted a penalty twice.

In addition, in mid-January , Angers drew with Lorient (0:0).

In the first half of the month, Angers did not play a single match due to the outbreak of the coronavirus. But the personnel situation still remains tense, as many players left for the African Cup.

Saint-Étienne, meanwhile, is still in last place with just 12 points in 21 matches.

The situation is extremely difficult, the backlog from the saving 17th place is already eight points.

Last week, Pascal Duprat’s team lost away to Lyon, extending their losing streak to seven matches. The last time the Greens scored points was at the end of November, when they beat Troyes away.

Saint-Étienne have scored only two goals in their previous seven matches.

In such a situation, it is very difficult to believe in the success of Saint-Etienne, but right now the guests really have a chance to finally break the catastrophic streak.

Angers have serious losses, but the most important thing is that the hosts can still afford to make a mistake. The loss of points will not be too critical for them.