The Argentine national team will play at home with the Bolivian team in the qualifying tournament for the 2022 World Cup. The match will take place on September 10 in Buenos Aires. 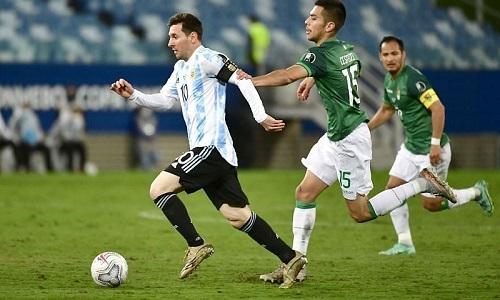 Argentina ended up in a strange situation at the end of last week, which ended with the cancellation of the match against Brazil.

The match between the national teams of Argentina and Brazil was interrupted a few minutes after the starting whistle after the sudden appearance on the field of representatives of the Brazilian National Sanitation Agency and the police. It turned out that four football players of the Argentine national team illegally entered the territory of Brazil, which is why this whole circus began.

Despite the fact that the match with the Brazilians did not take place, Argentina still remained in second place in the South American qualifying group table. The gap from Ecuador is two points, and from Uruguay – three.

Meanwhile, Bolivia is quietly saying goodbye to the chances of hitting the final of the World Cup. After eight rounds, the Bolivians are in the penultimate place.

Bolivia drew with Colombia last week and was defeated by Uruguay.

Bolivia has never won an away win in the current selection. And she also hasworst defense among all South American teams: Cesar Farias’ side conceded 19 goals in eight matches.

The Argentines easily beat Bolivia in the away match, scoring four goals. Basically, if there are no force majeure situations, “albiseleste” will again win a major victory.