The Argentine national team will play at home with the Uruguayan team in the qualifying tournament for the 2022 World Cup. The match will take place on October 11 in Buenos Aires. 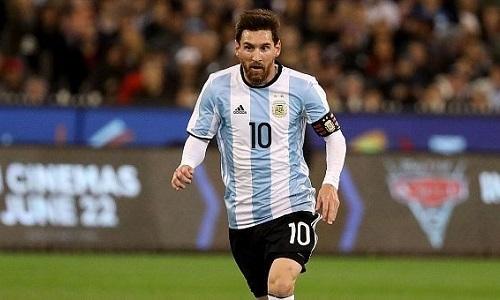 Argentina’s national team, after nine games played, is second in the South American qualifying group. Albiseleste are three points ahead of Ecuador and Uruguay.

The Argentines have never lost in the current qualification – five wins and four draws. And during all this time they conceded only six goals.

Earlier this week Argentina drew 0-0 away with Paraguay.

Uruguay, meanwhile, is in fourth place, three points behind Argentina, and behind Ecuador in additional indicators.

The Uruguayans also drew in the first October match – the home meeting with Colombia ended with a score of 0: 0.

Despite the impressive line-up – including at least Luis Suarez and Edinson Cavani – the Uruguayan national team , as a rule, has serious problems in attack. In ten qualifying matches, Oscar Tabares’ team scored only 13 goals.

At the same time, in the current qualification, three matches with the participation of Uruguay ended in a draw 0: 0.
Uruguay have won only one victory in four away qualifying matches for the World Cup.

Goal extravaganza will definitely not be here. There will be a lot of struggle and emotions, but little else.