The Argentina national team will play at home against the Colombian team in the qualifying tournament for the 2022 World Cup. The match will take place on February 2. 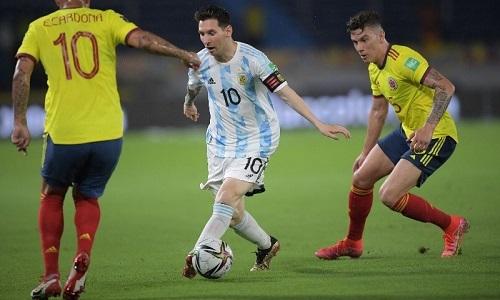 Argentina is second in the South American qualifying group after 14 games played, in which they scored 32 points.

Despite the fact that the Argentines have already secured their participation in the final part of the World Cup, they still have no problems with motivation.

A few days ago, the team of Lionel Scaloni won the away match against Chile (2:1). And interestingly, Argentina did it without Lionel Messi , who misses these matches. Apparently, the Albiceleste want to overtake the Brazilians.

Colombia meanwhile dropped to sixth place. Now she has 17 points.

It looks like everything is going to ensure that the Colombians will fly past the World Cup in Qatar. Their winless streak is already six matches (two losses and four draws).

And what is most striking, in this segment, the team of Reinaldo Rueda did not score a single goal. A very strange situation, after all, Colombia is far from the weakest attack in South America.

The Colombian national team won only one away victory in qualifying for the 2022 World Cup.

The Argentines, as it turned out, are maximally tuned for the remaining matches, although they have long solved their task.

Colombia is frankly disappointing. With such a game in attack, it will be difficult to count on something in the upcoming match.

You can also consider a bet on the victory of Argentina with a dry score for 2.83.