London Arsenal will play at home against Norwich in the fourth round of the English championship. The match will take place on September 11 in London. 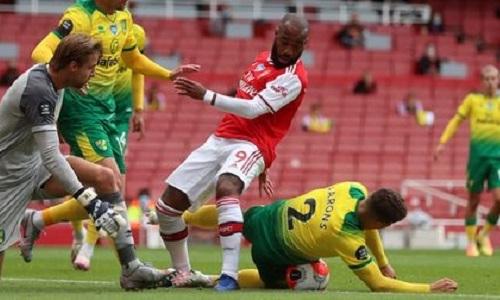 Someone will definitely help Arsenal, but it will not be Mikel Arteta . Despite a terrible start in the new league, the Spaniard is still in the team, although it is already obvious to everyone that the Gunners urgently need a new head coach.

After three rounds, Arsenal have zero points and zero goals scored – and the worst thing is that this is not a bad dream, but a harsh reality.

In the first round , Arsenal lost away to Brentford, then there was a defeat at Chelsea, and before the break for the national teams, the Londoners fell under Manchester City. In total, Arteta’s team conceded nine goals.

The only positive thing is the big win over West Brom in the English League Cup. Here Arsenal won with a score of 6: 0.

Norwich is also one of those who still haven’t scored a single point. But in the standings, Daniel Farke’s team is still higher than Arsenal, as they already have one goal scored.

In fact, it is too early to talk about Norwich’s prospects, in the first rounds it also had tough opponents.

After major defeats to Liverpool and Manchester City, Norwich lost at home to Leicester.

And interestingly, in the League Cup, Farke’s team, like Arsenal, started with a 6-0 win, beating Bournemouth at home.

Catching a victory for Arsenal is roughly the same as betting on zero in roulette. Once the “Gunners”, of course, will win, but now is definitely not the best time to bet on the outcome.