Arsenal will play at home against Aston Villa in the 5th round of the championship of England. The match will take place on August 31. 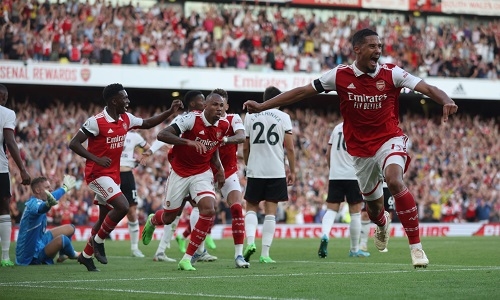 In two matches this season, the Red-Whites managed to get dry victories over such rivals as Crystal Palace, who were beaten 0-2, and Bournemouth, who lost to Arsenal 0-3.

And in the remaining two matches, the Gunners exchanged goals with opponents, but still pulled out victories. First, at home, Arsenal coped with Leicester, beating them with a score of 4: 2, and in the last round over Fulham with a score of 2: 1.

And before the start of the native championship, Arsenal managed to win the Emirates Cup in the final of the tournament, beating the Spanish Sevilla with a crushing score of 6:0.

The Lions did not start the new season so well and are currently in 15th place in the standings with 3 points after 4 games. This team was able to score 3 goals against the opponents, and conceded 7 against their own.

For Aston Villa, the only pleasant memory is the match against Everton at home, in which the Lions were able to win a 2-1 win over the opponent.

Since in the rest of the matches of the new season , Aston Villa suffered defeat in every game. The Lions lost 2-0 to Bournemouth, 3-1 to Crystal Palace and 0-1 to West Ham in the last matchday.

But on the other hand, Aston Villa managed to win at the stage of 1/32 of the English League Cup, beating Bolton with a crushing score of 1:4, and therefore the Lions will continue their fight for the trophy.

Forecast – Of course, in this match, the main favorite is the London Arsenal, which shows excellent results in the new season, which cannot be said about Aston Villa, which loses even to weaker opponents. Therefore, we are waiting for a confident victory for the Gunners in front of their native stands.