Liverpool will play away against Arsenal London in the second leg of the semi-finals of the English League Cup. The meeting will be held on January 20. 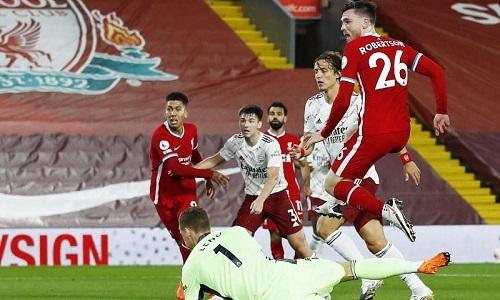 Arsenal barely held out in the first leg, but all things considered, it can be considered a success.

The meeting at Anfield ended in a draw – 0:0. At the same time, the Gunners played in the minority from the middle of the first half after the removal of Granit Xhaka.

Arsenal did not play over the weekend , giving the team a whole week to recover.

Earlier in January, Arsenal lost 1-2 to Manchester City and were knocked out of the FA Cup, losing away to Nottingham Forest.

Liverpool after the match with Arsenal defeated Brentford in the Premier League at home.

This time, Liverpool not only defended well, but also attacked effectively. Fabinho, Alex Oxlade-Chamberlain and Takumi Minamino each scored a goal.

As you know, in the next matches , Liverpool will have to play without Mohamed Salah and Sadio Mane, who left for the African Cup. And for Jurgen Klopp, this is a big problem, since he does not have an equivalent replacement for the Egyptian and the Senegalese.

Liverpool have conceded five goals in their previous three away matches.

It will be easier for Arsenal at home, but the chances of reaching the final are still small. Mikel Arteta’s team is still struggling to play matches against competitors.

Bet – Liverpool to win + both teams to score for 3.85 . A week ago, the course of the game was affected by the early removal of Xhaka, after which Arsenal went on the defensive with the whole team. At home, the Gunners will act more boldly.