On Sunday, October 3, Atalanta will host Milan in the seventh round of the Italian Serie A. The meeting, which will take place in Bergamo at the Atleti Azzurri stadium. 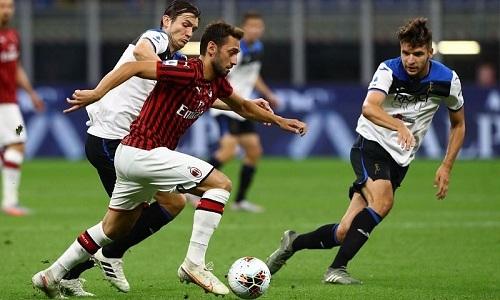 Atalanta is seventh in the Italian Serie A standings with 11 points.

In the Champions League, the Bergamo team first drew with Villarreal (2: 2), after which they defeated Young Boys (1: 0).

Robin Gosens, Hans Hatebur and Jose Palomino are recovering from injuries at Atalanta.

Milan are on the second line in the Italian championship standings with 16 points.

The Rossoneri have five wins and one draw in six played rounds of the national championship.

But in the Champions League, Milan lost to both Liverpool (2: 3) and Atlético (1: 2), although they played in the minority with the “mattress players” from the 29th minute.

The Rossoneri lost both matches in the Champions League, but they remain undefeated in Serie A, so we think it will be difficult for the “lady” to beat them.

In addition, do not forget that Stefano Pioli’s charges conceded only three goals in the league, which means that they are able to restrain the attacking power of Atalanta. Our forecast and bet is “total under 2.5” for 2.25.

Another option is “guests won’t lose” for 1.75. “Atalanta” has not achieved a single resounding victory this season, so it is unlikely that they will be able to beat the contender for the championship.