Atalanta will play at home against Inter Milan in the 22nd round of the Italian championship. The match will take place on January 16 in Bergamo. 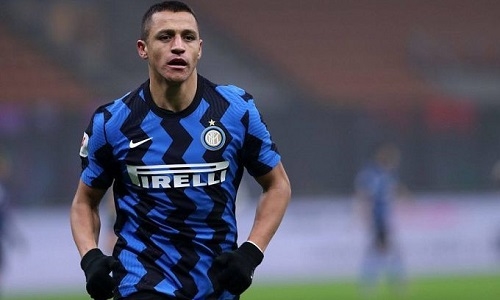 Atalanta are fourth in the Serie A table after 20 games played, in which they scored 41 points.

Last week, Atalanta easily beat Udinese, scoring six goals into the opponent’s goal. Even Aleksey Miranchuk took part in this victory . The Russian came on as a substitute and made three assists.

A few days ago, Gianriero Gasperini’s team defeated Venice (2:0) in the Coppa Italia.

Apparently, a short break benefited Atalanta , which did not have a very successful second half of December. The club from Bergamo first suffered a crushing defeat from Roma, and then tied with Genoa.

Inter, meanwhile, leads the Serie A table. In 20 matches, the Nerazzurri scored 49 points. The lead over Milan is only one point, but they still have a game in hand.

In the middle of the week, Inter won against Juventus and became the winner of the Italian Super Cup. The decisive goal in the last minute of overtime was scored by Alexis Sánchez .

Inter sufferedonly one defeat in the last 17 matches. The exception was the meeting with Real Madrid at the Santiago Bernabeu.

At the same time, within the framework of Serie A, the team of Simone Inzaghi in 11 previous matches had ten victories and no defeats. Apparently, it will be very difficult for competitors to prevent Inter from defending the league title.

Inter have lost only one away match in the current Italian championship.

Recently, matches against Atalanta have become almost the main test for Inter. But still, it should be noted that in the previous five matches, the club from Bergamo has never beaten the Milan team.

In the first round, the match between Inter and Atalanta ended with a score of 2:2. The upcoming game, most likely, will also be productive. Atalanta tends to eschew cautious football at home.