Atalanta will play at home against Napoli in the 31st round of Serie A. The match will take place on April 3. 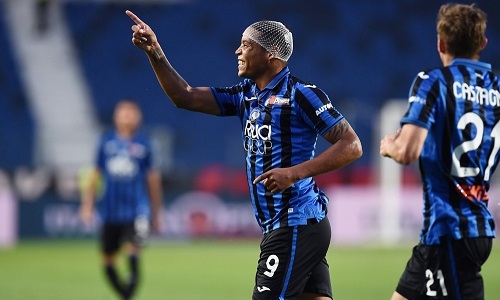 Gian Piero Gasperini ‘s wards could theoretically still get into the top 4 of the Italian championship. The team is currently in 6th place in the Serie A standings with 51 points. Roma, located above, has the same number of points.

Over the last 10 matches in all competitions, Atalanta has drawn 2 times, lost 2 times and pleased its fans with victories 6 times.

In the Europa League, Gasperini’s team showed an excellent result, beating the German “Bayer” on aggregate with a score of 2:4 and thus secured a passage to 1/4.

But in Serie A before the LE match, Atalanta, unexpectedly for everyone, tied with Genoa with a score of 0:0. And in the last round of the championship, she minimally defeated Bologna on the road (0: 1).

The Neapolitans are fighting for the championship in Serie A. At the moment, the team is in second place in the Italian championship standings with 63 points, behind the leader Milan is only 3 points.

Over the last 10 matches in all competitions, Napoli pleased their opponents with 5 victories, 2 defeats and 3 draws.

“Napoli” flew out of the Europa League, losing to the Catalan “Barcelona” (2:4), and lost in his field to “Milan” (0:1) in Serie A. And in the rest of the matches of the Italian championship, the team of Luciano Spalletti was able to defeat Lazio, Verona and Udinese with the same score 2:1.

Forecast – Both teams are in excellent shape and showing good results this season. But in the last 3 face-to-face meetings, Napoli cannot defeat Atalanta in any way. Wards of Gasperini will outplay their opponent in this match at their own stadium.