Atletico Madrid will play at home against Barcelona in the eighth round of the Spanish Championship. The match will take place on October 2. 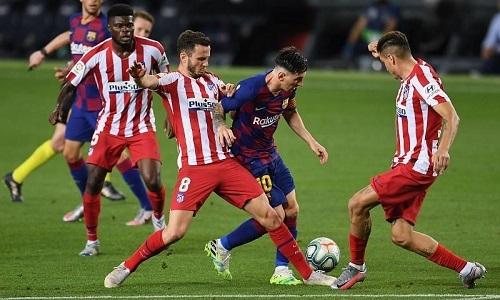 After seven rounds, Atlético is in fourth place in the La Liga standings.

Diego Simeone’s team could easily have been the first, if it had not lost in the last round to Alaves, which by that time had not scored a single point. “Mattress makers” managed to give way to an outsider with a score of 0: 1.

On the other hand, it is not surprising when you consider what problems Atlético sometimes has in an attacking game.

However, the Madrid club came to their senses very quickly. In the middle of the week, Atlético won an away win over Milan in the Champions League. True, the comeback was facilitated by the removal of the opponent and a controversial penalty at the very end of the game. The Atlético squad was much worse on equal terms.

Ronald Koeman’s days at Barcelona seem to be numbered. Right now, no one has any doubts that the team will have a new head coach very soon.

The other day, Barça lost to Benfica in the second round of the Champions League. As in the game against Bayern, the Catalans conceded three goals and never scored.

And Barcelona again never shot on target. Real surrender. A very painful period in the life of the club, it is unlikely that only Koeman is to blame for the results, but he will certainly be the last one.

If you believe the Spanish media, before the match with Atlético Cumana will not be touched, but then anything can happen. Another defeat for the Dutchman will definitely not be forgiven.

Last season, Barça had Leo Messi, but even with the great Argentine, they have never scored Atlético in two matches. In Madrid, Simeone won 1: 0, while at Camp Nou there was a 0: 0 draw.

Barça is in a deplorable state, unfortunately. Morally, the team is simply crushed . And most likely, Atléticowill put an end to the relationship between Kuman and Barcelona…

Stake – Atletico win in 2.02 . Amazingly, Luis Suarez and Antoine Griezmann, who were not useful to the Dutchman at Barça, can contribute to the dismissal of Koeman.