Barcelona will play at home against Galatasaray in the first leg of the 1/8 finals of the Europa League. The match will take place on March 10. 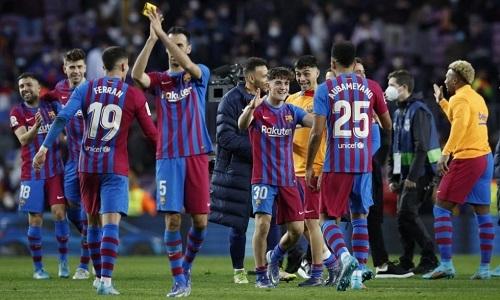 Barcelona defeated Napoli in the preliminary round of the playoffs. The Catalans have got perhaps the most unpleasant opponent, but these matches have confirmed that they are now in perfect order.

The home meeting with the Italians ended in a draw, and in Naples, Barca won a bright victory with a score of 4:2.

Barcelona have never lost in their previous eight matches, while winning six.

Xavi’s team has scored 14 goals in four previous matches. Now no one doubts that Barcelona have learned to play without Leo Messi.

Galatasaray went straight to the 1/8 finals of the Europa League. Contrary to expectations, the Turkish club performed very well in the group stage.

In six matches, Galatasaray did not suffer a single defeat, although among its rivals were, for example, Marseille and Lazio.

And it’s even more surprising considering that Galatasaray is performing terribly in the Turkish league this season. At the moment, the team from Istanbul is only 12th. This, by the way, was the reason for the resignation of Fatih Terim .

Galatasaray have won only one win in their previous ten away matches.

It so happened that now Barca got a less dangerous opponent. And most likely, everything will become clear after the first meeting.