On Tuesday 2 November, Bayern will host Benfica in the fourth round of the Champions League group stage. The group E meeting, which will be held at the Allianz-Arena. 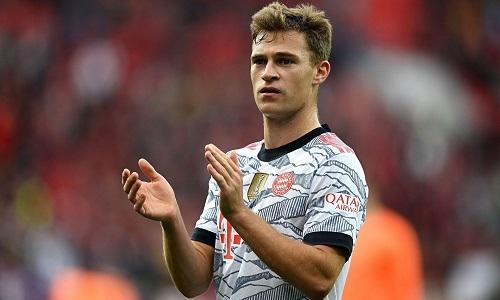 Bayern are topping the group E standings with 9 points out of a possible 9.

In the German Bundesliga, things are not going so smoothly for Julian Nagelsmann’s charges , but after ten rounds they still scored 25 points and are leading, ahead of Borussia Dortmund by 1 point.

On the eve, Bayern beat Union Berlin (5: 2), rehabilitating themselves for being eliminated from the German Cup and a sensational defeat to Borussia Mönchengladbach (0: 5).

Leon Goretzka, Luca Hernandez, Erik Chupo-Moting and Sven Ulreich are recovering after injuries at the Munich side.

Benfica are in second place in the group E standings with 4 points in three rounds played.

In the last match of the Portuguese championship, the Eagles parted with Estoril (1: 1) and lost first place, leaving Porto and Sporting behind.

The Munich players are now so dominant on the pitch that the main intrigue before this meeting is whether the Eagles will manage to avoid a major defeat.

In Lisbon, they were close to this, because they held out until the 70th minute, after which they missed Leroy Sane and fell apart before our eyes.

A similar scenario can be expected in Munich, where Bayern will actively move forward and Benfica will hope for the toughness of their defense.

Let’s also take “total over 3.5” for 1.83, assuming that Benfica will score too, because they had good chances in the first match.