Belshina will play at home with Shakhtar Soligorsk in the 15th round of the Belarusian championship. The match will take place on July 18. 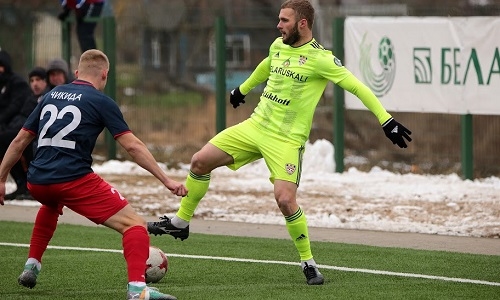 This team spends habitually unstable season. The current 11th place in the table is typical in this respect.

Belshina scored only 17 goals in 14 matches. At the same time, the team has already conceded 20 goals into its own net.

The last round of the championship brought another disappointment to the team. Belshina lost outright to Slavia (2:0) on the road.

It is interesting that before that Bobruisk got three victories in a row. And in the February test match, Belshina outplayed the Pitmen (2:3).

Shakhtar Soligorsk in the current league disappoints more than pleases. The current champion of Belarus is far behind the group of leaders.

The Pitmen are currently in 7th place in the standings. Shakhtar Soligorsk has only 21 points in its assets.

So in the previous round of the championship of Belarus, Soligorsk players did not get hold of points. At home, the team lost minimally to Torpedo-BelAZ.

And after that, Shakhtar Soligorsk also flew out of the Champions League. In the tournament qualification, the Pitmen fell to Maribor (0:0, 0:2).

Belshina traditionally plays unsuccessfully with Soligorsk in the championship.

“Piters”intend to rise to the group of leaders.

Both teams will certainly be active in attack. Our prediction and bet – Both to score with odds of 2.07.