Chelsea will play at home against Everton in Round 17 of the England Championship. The match will take place on December 16 in London. 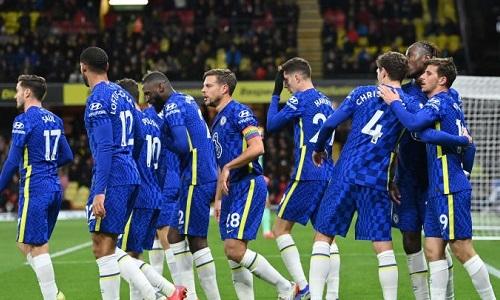 Chelsea are third in the Premier League after 16 appearances with 36 points.

More recently, Chelsea were in the lead, but after two unsuccessful matches they were behind Manchester City and Liverpool. True, the lag is quite insignificant.

At the end of November, Chelsea drew with Manchester United (1: 1), and at the beginning of this month unexpectedly lost to West Ham (2: 3).

At the same time , Chelsea did not look their best even in the victorious matches against Watford and Leeds. Plus, do not forget about the draw with Zenit (3: 3) in the Champions League.

And most interestingly, the glitch started in Chelsea’s most reliable line – on the defensive. In five previous matches, the team of Thomas Tuchel conceded 10 goals, which is an abnormally high number for them.

Everton have suffered four defeats in their previous five games. The only exception was the meeting with Arsenal (2: 1), in which the team of Rafael Benitez won a strong-willed victory.

The rest of the matches “Everton” was extremely weak. Including the recent game against Crystal Palace, in which he conceded three goals.

Chelsea have not been as convincing lately as they were at the start of the season, perhaps even Tuchel’s team has a slight decline, but they will definitely cope with such an Everton.

It is very strange that Everton continues to believe in Benitez. In addition to the meeting with Arsenal, in which the Spaniard’s team really showed character, they played frankly weak most of the matches.

You can also consider betting on Chelsea’s total over 2.5 for 2.28.