On Tuesday 20 April, Chelsea will host Brighton as part of the 32nd round of the English Championship. Will any of the teams succeed? – we read about this in our forecast. 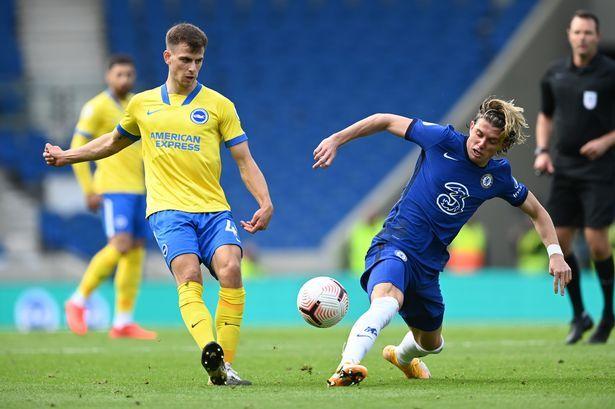 Chelsea has started a difficult period. Over the course of ten days, the “retirees” will have to play four fights. The first one ended very successfully. Last Saturday, the London club played in the FA Cup semi-finals against Manchester City and scored a minimal 1-0 win, making their way to the final of the tournament.

This week, Thomas Tuchel’s charges will play two matches in the Premier League, followed by a game with Real Madrid in the Champions League. There is no way to lose points in the Chelsea national championship. In the Premier League standings, the “pensioners” are now on the fifth line and claim not only a place in the Champions League, but also medals. The Londoners are just one point behind the fourth West Ham and two behind Leicester.

Under the leadership of Thomas Tuchel, Chelsea are showing excellent results in the current championship. With the German at the head, the “pensioners” made a failure only in the match with West Bromwich, which they lost with a score of 2: 5. For this unfortunate defeat in the last round, the London club was rehabilitated by a victory over Crystal Palace (4: 1). Overall, this is the seventh victory for Chelsea in the last 12 rounds.

Note that before the defeat to West Brom, Tuchel’s wards had not lost in their home arena for five matches in a row. Moreover, in all five of these fights, the Blues did not even concede. In home play, Chelsea are fourth in the Premier League. Out of 15 home matches, the “pensioners” lost only three times.

The team’s infirmary is empty. Mateo Kovacic and Andreas Christensen are in doubt.

The Seagulls continue to successfully fight for registration in the Premier League. Over the past four rounds, Brighton has earned seven points. Graham Potter’s team beat Southampton (2: 1) and Newcastle (3: 0), and also ended in a draw in the last round against Everton (0: 0). In another meeting, Brighton lost to Manchester United (1: 2) during this period.

In terms of tournament play, the seagulls continue to keep their distance from the relegation zone. Graham Potter’s wards are now in 16th place, seven points ahead of the group of outsiders.

On the road, Brighton have been losing a lot lately, although in general, on the rivals’ fields, the Seagulls have scored almost 60% of their points. Of the last four trips, Graham Potter’s team have lost three. In addition to Manchester United, she lost in the championship to West Brom (0: 1), and in the FA Cup to Leicester (0: 1).

Midfielder Sulli March and defender Tariq Lampty will not play in this match due to injuries. Questionable Aaron Connolly and Florin Andone.

Chelsea took a cold shower in their last home game against West Brom. We assume that the coaching staff have already drawn their conclusions and there will be no underestimation of the opponent from the bottom of the standings. In terms of the quality of the game, Chelsea looks much better, and the hosts’ squad is stronger.

Our prediction is a victory for Chelsea for 1.63 in 1xBet.

The second bet is on a grassroots match. Chelsea have a busy schedule, so the team is unlikely to go out of their way, and the hosts look decent in defense.

Forecast provided by the site vseprosport.ru