Chelsea will play at home against Arsenal in the postponed match of the championship of England. The meeting will take place on April 20. 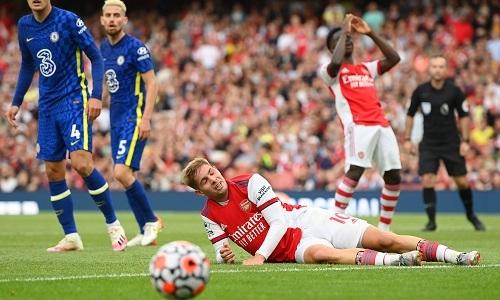 Chelsea are third in the Premier League table after 30 games played, in which they scored 62 points.

In addition, last week the team of Thomas Tuchel won on the road against Real Madrid (3:2) in the second leg of the 1/4 finals of the Champions League. But this victory did not bring much joy – in the sum of two matches, the “blue” lost to the “Royal Club”.

But it is clear that Chelsea have recovered from an incomprehensible setback at the beginning of the month, which turned into unpleasant home defeats against Brentford and Real Madrid.

Arsenal, meanwhile, are in sixth place with 54 points in 31 matches.

More recently , Arsenal were considered the main contenders for a fourth place in the Champions League, but now everything is moving towards the fact that the Gunners will once again finish the season outside the top 4.

Arsenal were just as bad only at the very beginning of the championship, when they suffered several painful defeats, including from Chelsea.

About a month ago, you could probably say that the chances are 50/50, but right now Chelsea are the clear favorite in this confrontation. Arsenal have a real game crisis, and first of all it concerns the attack.

You can also consider a bet on Chelsea goals in both halves for 3.15. And then there’s the daring 5.00 bet.