Liverpool and Chelsea will meet in the FA Cup final. The decisive match will be held on May 14 at Wembley. 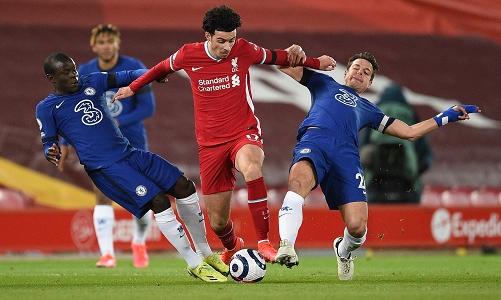 For Chelsea, oddly enough, the most nervous were the first matches in the current FA Cup.

In the 1/16 finals, the team of Thomas Tuchel put the squeeze on the modest Plymouth only in overtime. At the same time, in regular time, the Blues had to recoup.

Chelsea were in trouble again in the next round. On this Londoners hardly beat Luton Town (3:2). The opponent twice led in the account during the match.

Then there were also tense matches, but this time Chelsea played much more reliably, defeating Middlesbrough in the quarter-finals, and Crystal Palace in the semi-finals. In both cases with the score 2:0.

Liverpool, meanwhile, had to play in the semi-finals with Manchester City. And this time, Jurgen Klopp managed to find the perfect strategy for the match against Josep Guardiola.

True, City, admittedly, was not as persistent as usual. At that moment, the “citizens” were thinking more about how to maintain leadership in the Premier League and beat Real Madrid in the Champions League. All in all, Liverpool took advantage of the situation perfectly.

In previous rounds of the Cup, the Merseysiders have beaten Shrewsbury Town, Cardiff City, Norwich and Nottingham Forest.

Chelsea and Liverpool have drawn twice in the Premier League earlier this season, 1-1 at Anfield and 2-2 at Stamford Bridge.

But there was another game, in the final of the English League Cup. And here the main time also ended in a draw – 0:0. As a result, it came to a penalty shootout, where Liverpool were a little more fortunate.

It seems that the rivals have studied each other very well. And it is likely that in the upcoming final they will also not have enough 90 minutes.

You can also consider a bet that the cup winner will be determined by the results of the penalty shoot-out for 6.55.