The Brazilian national team will play away with the Chilean team in the qualifying tournament for the 2022 World Cup. The match will take place on September 3 in Santiago. 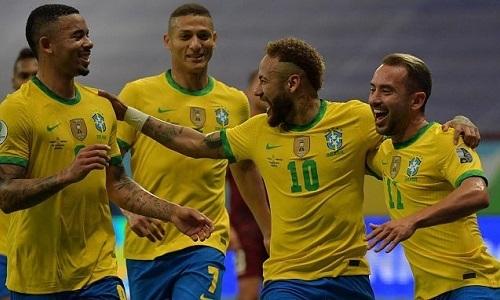 The Chile national team, after six rounds, is seventh in the South American qualifying group. To reach the World Cup, you need to finish in the top 5.

At the moment, the Chileans have only six points. In June, Martin Lasarte’s team drew with Argentina and Bolivia. Both matches ended in a 1: 1 draw.

The Chilean national team won the only victory so far in November last year, beating Peru at home.

At the America’s Cup, which took place in Brazil in the summer, the Chileans left the group, after which they lost in the quarterfinals to the hosts of the tournament. But on the whole, they performed well. In the group stage, neither Argentina nor Uruguay could win against Chile.

The Chileans have never conceded more than two goals in 17 previous matches.

In the meantime, the Brazilians will soon be congratulated on reaching the World Cup. There are still enough matches ahead, but looking at the results of Seleçao, there is no doubt that they will go to Qatar.

In the first six matches of the qualifying tournament, the Brazilian national team scored the maximum number of points.

And here it is also interesting that in these matches Tite’s team conceded only two goals. In June, Brazil scored two goals each for Ecuador and Paraguay.

Brazil’s 13-game unbeaten streak was interrupted in the America’s Cup final. Neymar’s team lost to Argentina in the decisive match (0: 1).

The Chileans are quite dangerous opponents for absolutely any team. At the recent Copa, the Brazilians barely beat Chile, scoring only one goal.

But, most likely, the match will not be the most productive again, but Brazil will win.