In the fifth round of the European qualifying group H of the 2022 FIFA World Cup, the Cyprus national team will host the Russian team . The outsider meets the leader, although they are only three points apart in the standings. 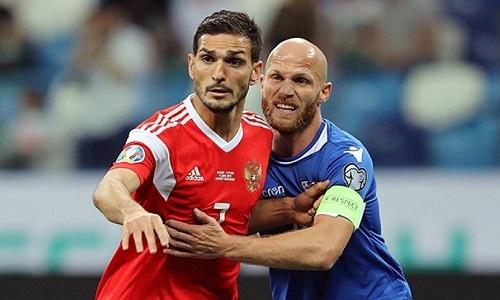 Qualifying Group H was considered unpredictable from the very beginning of the tournament. It was not only the presence of four Slavic teams of approximately equal strength, but also the Cypriots, which started unexpectedly well for themselves: at home a 0: 0 draw with Slovakia and a 1: 0 victory over Slovenia, away a 0: 1 defeat from Croatia. But the last match of the Cyprus national team in Malta failed, losing with a score of 0: 3 and sharply reducing their chances for second place.

The players of the Cypriot national team, with rare exceptions, represent local clubs. There are no significant players in the team. The work of the Cypriot head coach Nikos Kostenoglu, who spent his entire career as a football player and coach in Greece and Cyprus, deserves all the more respect. The Cyprus national team, which he led this year, is the highest step in his coaching career.

The upcoming match with the Russian national team should show how far the ambitions of the Cypriots are in this qualifying tournament. Indeed, in the event of a defeat, it will be impossible to count on something serious, especially after the match with the Russians, a trip to Slovakia will immediately follow to an equally formidable opponent.

The Russian national team, by and large, failed the European Championship 2020, and the Russian Football Union decided on cardinal changes. Valery Karpin replaced Stanislav Cherchesov as team coach. In the “legacy” from the first three games of the selection, the new head coach got the second place and 6 points. Russia beat Malta 3: 1, Slovenia at home 2: 1 and in Slovakia misfired 1: 2.

The fourth round match with Croatia was in many respects decisive for the further development of events, but did not become such. A goalless draw at the home stadium, coupled with a draw between Slovenes and Slovaks, kept the status quo in the group.

Now Karpin’s team will travel to Nicosia. Underestimating an opponent can be very expensive. If it does not deprive the chances for second place, then it will seriously undermine self-confidence. There will be a minimum number of Russian fans at the match, and only vaccinated football fans living in Cyprus will be able to attend.

Forecast for the match Cyprus – Russia

Both teams must win in the upcoming match, the more interesting it will be to watch the events on the field. If you do not take the history of the Soviet Union national team, the teams met each other only five times. Four victories on the account of the Russians, once the match ended in a draw, the difference between goals scored and conceded is 12 – 1. Here are the results of these fights.

Bookmakers do not believe in the owners’ success, the odds for their victory at 1xbet download are 8.20. The odds for the victory of the Russians are 1.43, the draw is estimated at 4.60. Goals will be scored in the match. You should agree with the opinion of the bookmakers and bet on the guests to win.

Predictions for Sport 0
In the World Cup 2022 qualifying match, the Croatian national team will host the

Predictions for Sport 0
On September 7, in Desin-Charpieu (France), the French national team will host the Finnish