The Argentine national team will play against the Egyptian team in the second round of the group stage of the Olympic tournament. The match will take place on July 25 at the stadium in Sapporo, beginning at 10:30 Moscow time. Egypt – Argentina: forecast , rate, odds, statistics. 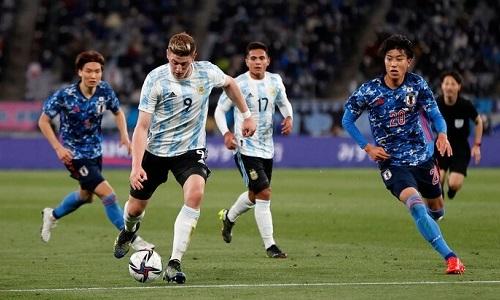 The Egyptian national team became the author of one of the main sensations of the first round. The Egyptians survived in a match with a very strong Spain.

The game ended in a draw 0: 0. The Egyptian footballers were impressed, first of all, by the mood and the level of physical fitness. The Spaniards all 90 minutes could not calmly take the ball.

True, it is worth noting here that the Egyptian national team sometimes played too aggressively, and in one moment they were very lucky. At the end of the first half, Mohamed Taher received only a yellow card for a rough foul against Dani Ceballos. The Spaniard was unable to continue the match due to a serious injury.

The unbeaten run of the Egyptian Olympic team is already nine matches.

Meanwhile, Argentina has already managed to disappoint. Contrary to forecasts, the Argentines started the Olympic tournament with a defeat.

Albiseleste lost to the Australian team – 0: 2.

The Australians opened an account very quickly, and at the end of the first half they also received a gift from their opponent. Argentinian Francisco Ortega scored two yellow cards from scratch and eventually left his team in the minority. Argentina was unable to resist the brave Australians with ten men .

CSKA striker Adolfo Gaich and Spartak striker Ezekiel Ponce played in the first match for Argentina. Both showed absolutely nothing.

After the events of the first round, the coefficient for the Argentines should be higher. Moreover, Egypt, as it turned out, is in perfect order.

If the opposition plays as tough as against Spain, Argentina will definitely have problems. And Egypt, in principle, has no reason to play differently.

The mood of the Egyptian national team players can be a key moment in this match.