Eintracht Frankfurt will host Fenerbahce in the 1st round of the Europa League group stage. The match will take place in Frankfurt. 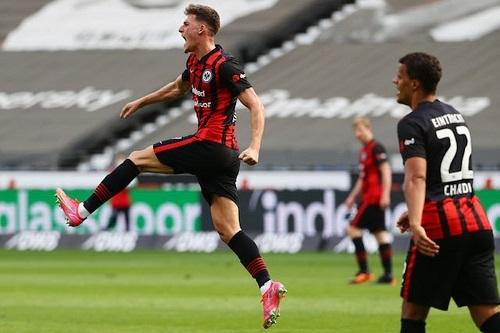 Eintracht Frankfurt received a direct ticket to the Europa League, finishing fifth in the Bundeliga last season. So the team did not have to go through the European Cup qualification.

In the new season, Eintracht Frankfurt played five matches and could not win even once. The team was eliminated from the German Cup, losing to Waldhof (0: 2), and then scored 3 points in four Bundesliga games.

In the Bundesliga table, Eintracht Frankfurt is located at the very relegation zone – in 15th position.

Fenerbahce won the bronze medal in the Turkish championship last season. The team started in European competition in the qualification of the Europa League.

To get into the group stage, Fenerbahce had to go through one qualifying round, and the team managed to beat the Finnish HJK twice – 1: 0 and 5: 2.

In the Turkish championship, after four rounds, Fenerbahce is unbeaten: three wins and one draw. After a pause for the national teams’ matches, the Canaries just drew – 1: 1 against Sivasspor.

With 10 points, Fenerbahce is the third in the Turkish championship table.

Eintracht Frankfurt are far from their best form at the start of the season and the home field factor may not help the German club much. We bet thatguests will take away glasses.

Forecast and bet on the match – Fenerbahce will not lose with the odds of 2.21.

Predictions for Sport 0
On September 15 at Giuseppe Meazza, Inter and Real Madrid will have a face-to-face