Eintracht Frankfurt will face Scottish Glasgow Rangers in the Europa League final. The match will take place on May 18 in Seville. 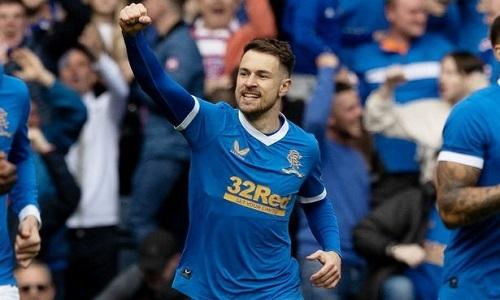 Eintracht took only 11th place in the just concluded German championship. And interestingly, in the last eight rounds, the club from Frankfurt did not win a single victory.

But in parallel with this, Eintracht was enchanting in the Europa League. This team’s advance to the final cannot be called accidental.

First, Eintracht passed Betis, and the guest victory became the key in the confrontation with the Spaniards.

But Oliver Glasner’s team really shocked in the 1/4 finals when they defeated Barcelona. After a draw in Germany, Eintracht knocked out Barça at the Camp Nou. At some point, the German club led the Catalan monster on the field with a score of 3:0.

And Eintracht’s away success seems to be related to the playing style and tactical nuances. The fact is that in the semi-finals against West Ham, Glasner’s team was also able to win on the road, after which they calmly finished off the opponent at home.

Eintracht Frankfurt have never lost in the current Europa League.and scored in every match.

Rangers, perhaps, can be called the main sensation of the season in the Europa League. Eintracht was also not expected in the final, but in the case of the Scots, this is really a big surprise.

The Rangers also had an amazing run to the playoffs. And it began with a victory over Borussia Dortmund. The Scots won on the field of the German top club with a score of 4:2. Like it or not, Borussia simply underestimated the opponent. The match in Scotland ended in a draw 2:2.

After that, the team of Giovanni van Broekhorst passed the Serbian Red Star. First of all, thanks to the home devastating victory.

Oddly enough, the most difficult was the confrontation with Braga. The Rangers put the squeeze on the Portuguese only in overtime at home.

And in the semi-finals, Rangers beat Leipzig on aggregate. Almost no one believed in the Scots, but the first game showed that everything is real. The club from Glasgow lost on the road, but only with a score of 0:1. At home, the Rangers crushed the tired Leipzig – 3: 1.

Two physically powerful, who are perfectly prepared for a very intense game. It was thanks to this that Eintracht defeated Barca, and the Rangers knocked out two German top clubs from the tournament.

By the way, the advantage of the Scots is that after the matches with Dortmund and Leipzig they have a rough idea of ​​what to expect from Eintracht. It will be difficult to surprise van Broekhorst’s team.

But at the same time, the Rangers are also unlikely to have any surprises for the opponent – their game cannot be called primitive, but there is nothing complicated either.

Forecast : In this final, the teams may well run out of regular time. There will be a lot of struggle, but at the same time, the opponents will be cautious, which can often be seen in decisive matches.

You can also consider a bet that the winner will be determined by the results of the penalty shootout for 6.10.