Manchester United will play away against Everton in the 32nd round of the Premier League. The match will take place on April 9. 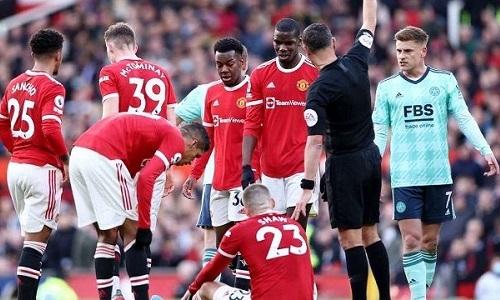 Everton are 17th in the Premier League standings after 29 games played, in which they scored 25 points.

Everton found themselves in a difficult situation, which continues to worsen with each round. With the arrival of Frank Lampard, oddly enough, it only got worse.

In the middle of the week, Everton were defeated by Burnley (2:3), one of the main competitors in the fight for survival. The Toffees were once again terrible defensively, conceding three goals from a team that had previously failed to score in four games in a row.

Everton have lost ten of their previous 12 Premier League matches.

Manchester United, meanwhile, is in seventh place with 51 points from 30 matches.

Last Saturday, Manchester United failed to win at Old Trafford against Leicester – the match ended in a 1-1 draw. At the same time, the “Red Devils” also had to recoup.

And the saddest thing is that Manchester United football does not cause any other emotions than sadness. Obviously, the club missed the choice of head coach, Ralf Rangnick was not ready for such work.

Manchester United have conceded at least one goal in each of their previous six Premier League away games.

The match of the first round between these teams ended in a draw 1:1. It is likely that the rivals will exchange goals again, but it is not certain that this time Everton will be able to score at least one point.

In addition to gaming, the owners now have obvious problems with psychology. The situation in the standings puts a lot of pressure on Everton players.