“Flamengo” will play at home against “Corinthians” in the 33rd round of the championship of Brazil. The match will take place on November 18 in Rio de Janeiro. 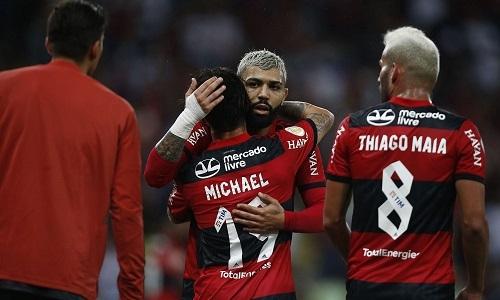 “Flamengo” is in second place in the standings after 31 games played. The gap to Atletico Mineiro is eight points.

In the recent match Flamengo defeated Sao Paulo 4-0 away. Three goals were scored before halftime.

And before that the club from Rio de Janeiro had a confident win over Bahia (3-0).

“Corinthians, meanwhile, have already played 32 matches and scored 50 points. The visitors are currently in fifth place.

A few days ago, Corinthians beat Cuiaba 3-2 at home, thus responding to an away defeat by Atletico Mineiro (0-3).

Corinthians have not been successful against Flamengo lately. The four previous meetings ended in victories for the opponent.

Considering the tournament situation, Flamengo will try to get three points this time as well. This will allow the home team to continue chasing Atletico Mineiro.