Barcelona will play away against Alaves in the 22nd round of the championship of Spain. The match will take place on January 23. 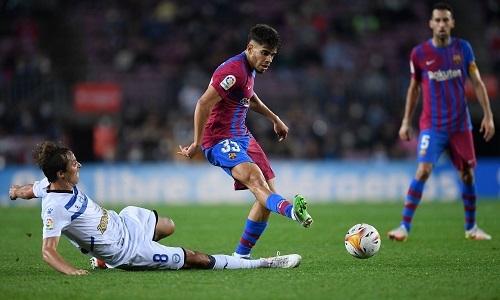 Alaves are 18th in the La Liga table after only 17 points from 21 matches.

Alaves last won back in early November, when they won at home against Levante, the worst team in the current championship.

Jose Luis Mendilibar ‘s team is currently on a nine-game unbeaten streak (five losses and four draws) in the league.

But still, it is important to clarify that in January, Alaves drew at home with Real Sociedad and Athletic. And in general, in the last six home matches he has only one defeat.

Barcelona, ​​meanwhile, is in sixth place with 32 points from 20 matches.

The week started for Barça with yet another disappointment. Xavi’s team flew out of the Spanish Cup, losing away to Athletic (2:3 OT).

Another trouble was the club’s conflict with Ousmane Dembele . The Frenchman was suspended from the first team for not wanting to renew his contract. Xavi says that the team will manage without Dembele, but it is obvious that this is a serious loss.

Especially given the fact that Ansu Fati was injured again and in the next two months, most likely, will not play.

Despite the obvious progress in the game, in terms of results, the situation is still difficult. In 11 previous matches, Barcelona won only three victories.

It’s dangerous to bet on Barça. Problems in defense have not gone away, and in the attack there has been a serious personnel crisis. The absence of Dembele and Fati seriously affects the attacking game of the Catalans.

Barcelona can easily lose points even against a team that is fighting for survival.