Palmeiras will play away against América Mineiro in the 18th round of the Brazilian championship. The match will take place on July 22. 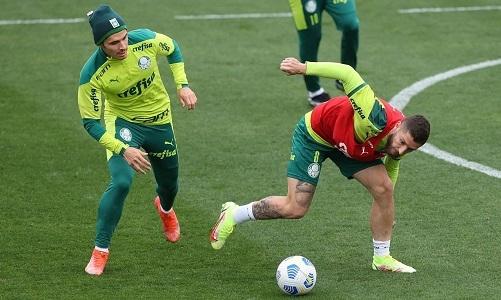 America Mineiro is 17th in the Brazilian Serie A after 17 games played, in which they scored 18 points.

In the last round, Wagner Mancini’s team suffered an unpleasant home defeat from Red Bull Bragantino (0:3). And before that there was an unsuccessful match against Internacional (0:1).

But at the same time, everything is not so sad. Last week, América advanced to the next round of the Copa Brazil with a 3-0, 2-0 win over Botafogo on aggregate.

True, if we talk specifically about the championship, then here, yes, everything is not very good. In the previous five rounds, America Mineiro had four defeats. And in this segment, she scored only one goal.

Palmeiras, meanwhile, leads the table with 33 points in 17 matches. The gap from the nearest pursuer is two points.

A few days ago, the leader won a home victory over Cuiaba (1:0) thanks to a goal by Gabriel Verona.

Shortly before that, Palmeiras flew out of the Brazilian Cup, losing in a penalty shootout to Sao Paulo.

But in the context of the upcoming match, it is important to note that Palmeiras have never lost away from home this season in Serie A (four wins and the same number of draws).

Last year, Palmeiras lost 1-2 at America. At the same time, the opponent was able to distinguish himself in the away match with one of the best teams in Brazil.

But this time, most likely, it will not come to a sensation. Palmeiras will score three points thanks to solid defensive play.