Manchester United will play away against Atalanta in Matchday 4 of the Champions League group stage. The match will take place on November 2 in Bergamo. 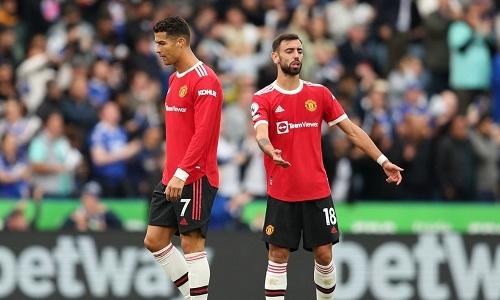 Atalanta are in third place in their group after three rounds. At the moment, the club from Bergamo has four points.

In the last round, Atalanta lost on the field to Manchester United with a score of 2: 3. Gianpiero Gasperini’s team was leading 2-0, but the opponent turned the game around after the break, and Cristiano Ronaldo scored the decisive goal.

After that , Atalanta played three difficult matches in Serie A. The meetings with Udinese and Lazio ended in a draw, and in the game against Sampdoria they managed to win.

In seven home games this season, Atalanta have won only two wins.

Manchester United, meanwhile, have six points and lead the group.

After the first game against Atalanta, the Red Devils suffered a crushing defeat at Liverpool. Manchester United lost to a direct competitor in the Premier League with a score of 0: 5. Despite this, the management of the club did not dismiss Ole-Gunnar Solskjaer .

And already in the next match “Manchester United” won a great victory over “Tottenham” – 3: 0. One of the goals, as usual, was scored by Ronaldo.

Manchester United have won three of their six away games this season.

The defeat at Liverpool at Old Trafford was a cold shower for Manchester United, after which the team seem to have come to their senses. In any case, Solskjaer’s team played the game against Tottenham almost perfectly, without a single serious failure.

Atalanta so far not impressive at all, or impressive, but extremely rare.

You can also consider a bet on Manchester United’s total over 1.5 for 1.88.

Predictions for Sport 0
Forecast and bet on Bologna – Cagliari, statistics, odds.Bologna have lost the last two

Predictions for Sport 0
Forecast and bet on Levante – Granada, statistics, odds. In the Spanish championship match

Predictions for Sport 0
On Monday 1 November, Wolverhampton will host Everton in Matchday 10 of the English

Predictions for Sport 0
Monaco will play away with Brest in the 12th round of the French championship.

Predictions for Sport 0
On Sunday 31 October, Real Sociedad will host Athletic in the 12th round of