Barcelona will play at home against Getafe in the third round of the Spanish Championship. The match will take place on August 29. 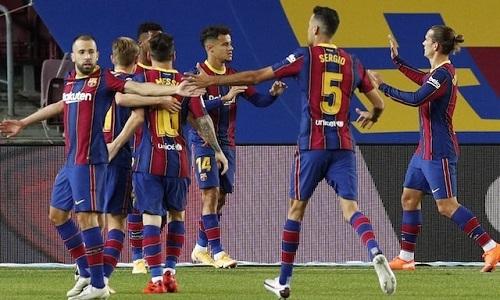 Barça lost their first points last week. The away match against Athletic ended in a 1: 1 draw.

In fact, the result is normal, there can be no talk of any failure. Playing with the Basques in Bilbao is never easy. And the point here is not at all that the Catalans no longer have Leo Messi .

If we talk about the match with Athletic, then it was not the result that upset, first of all, but the injury of Gerard Piquet. The captain injured his calf muscle, which is why he will definitely miss the upcoming meeting with Getafe.

In addition, Eric Garcia , who received a red card , will not play . The young defender was perhaps the worst in the match against Athletic.

Ronald Araujo and Clement Langlet are likely to play in the center of defense against Getafe.

Meanwhile, Getafe have not yet won or scored. Another challenging season awaits for the club from the suburbs of Madrid.

In the first round, Getafe lost away from Valencia – 0: 1. It is interesting that the opponent was in the minority already in the third minute, but Michel’s team did not take advantage of the numerical advantage.

In the second round , Getafe lost again. This time Sevilla – with the same score 0: 1.

Interestingly, in the summer, Getafe scored regularly in friendly matches, but in official matches, the team is not doing well in attack.

Before this season, it was simply impossible to meet such a coefficient at Barça in such matches. But now, after Messi’s transfer to Paris Saint-Germain, the Catalan team is doubting more and more.

And in vain. The first round match against Real Sociedad showed thatBarcelona are still playing very well at the Camp Nou.