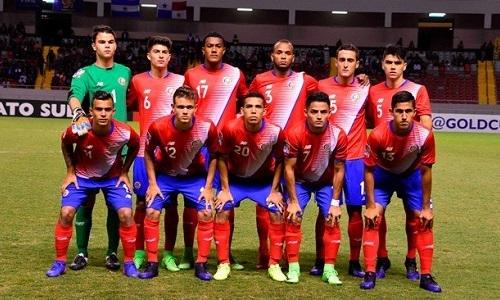 The match will take place at the “Exploia” stadium in the American city of Orlando.

This is only the third time that Suriname has entered the CONCACAF Gold Cup. Of course, initially it is worth considering the fact that her colors are protected by football players who did not have enough strength and talent to break into the Netherlands national team. Suriname rarely hosts official matches, and right now this squad is ranked 136th in the FIFA rankings.

In the first round, the Surinamese lost to the Jamaican team (0: 2). The wards of the Dutch specialist Dean Gorre quickly conceded two goals and subsequently failed to turn the tide of the game.

Costa Rica is the notable favorite of Group C. In 2021, this national team (50th in the FIFA rankings) did not play very well. On the eve of the CONCACAF Gold Cup, it was led by experienced Colombian coach Luis Fernando Suarez. Under his leadership, in the first round, Los Ticos defeated the Guadeloupe national team with a score of 3: 1. Longtime striker Joel Campbell scored the goal and provided the assist for the goal.

I suppose that in the second round match with the participation of Costa Ricans, the total total of 2.5 goals will be broken . Now Costa Rica is playing on an attacking 4-3-3 scheme: there is no doubt that the nominal guests will create their chances to score. And the team of Suriname is not as weak in composition as it might seem, looking at the bookmaker’s lines. I think the upcoming match in Orlando will be riding.