In the 6th round of the Italian championship, Inter Milan will host Atalanta. The match will take place at the San Siro stadium on 25 September. 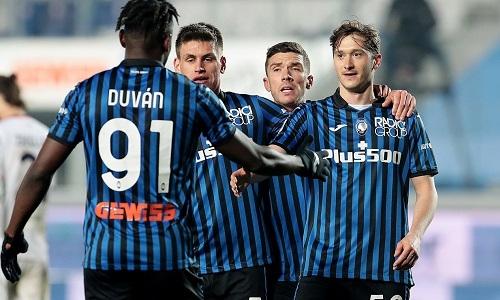 The Milanese started in the Italian Championship with two convincing victories, defeating Genoa at home (4: 0) and beating Verona away (3: 1).

The away match with Sampdoria ended in a 2: 2 draw, and then, in the Champions League, the Milanese at home lost to Real Madrid, conceding the only goal in the last minutes.

In the last matches, Inter in the championship defeated Bologna (6: 1) and dealt with Fiorentina on the road (3: 1).

After 5 rounds of Serie A, Inter with 13 is in second place in Serie A, yielding 2 points to Napoli and bypassing Milan in terms of goals scored. The goal difference is 18-5, Dzeko has 4 goals, Martinez has 3 more.

In the opening match of the Serie A season, the Bergamaski snatched an away victory from Torino (2: 1) in stoppage time, but in the second round they lost points at home in the match against Bologna (0: 0).

The match with Fiorentina ended in defeat at home – 1: 2. Then, in the Champions League match, Atalanta escaped defeat in the away match against Villarreal (2: 2).

In recent matches, Gian Piero Gasperini’s team on the road snatched victory from Salernitana (1: 0), and then at home defeated Sassuolo (2: 1).

After 5 rounds of Serie A, Atalanta is in 5th place with 10 points, the goal difference is 6-4, 2 goals were scored by Duvan Zapata.

The teams drew 1-1 in Bergamo last season, while Inter won 1-0 in Milan. At San Siro, Atalanta have never won their last 5 matches with Inter, having drawn three times.

Milan have won 18 last home games in Serie A. We predict thatInter will not lose…