The Portuguese national team will play on the road with the Irish team in the qualifying tournament for the 2022 World Cup. The match will take place on November 11 in Dublin. 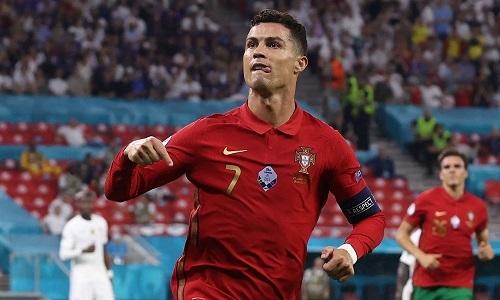 The Irish have already lost their chances of getting into the final of the World Cup. The remaining two qualifying matches no longer have a tournament value for them.

After six games played, Ireland, with only six points, is ranked second to last in their group.

The Irish team ended a five-game losing streak in the current qualifier last month. Team Stephen Kenny won a guest victory over Azerbaijan with the score 3: 0. In addition, in October, Ireland defeated Qatar at home in a friendly match.

Ireland squad yet never won at home in the selection for the 2022 World Cup (defeat and two draws) and scored only two goals.

Portugal, meanwhile, is second in the group, one point behind Serbia. But the competitor played one more game. That is, the Portuguese have a great opportunity to climb to the first line and win a direct ticket to Qatar.

The Portuguese failed to win in only one of the six matches of the current qualifier. At the end of March, Fernando Santos’ team drew with Serbia (2: 2).

After that, there were four wins in a row. In October, Portugal defeated Luxembourg at home with a score of 5: 0.

After Euro 2020, the Portuguese national team won five victories in a row and scored 16 goals.

This game can be called key for the Portuguese. If they win in Dublin, it will be enough for them simply not to lose to Serbia in the final match.

Two months ago, Portugal had a tough home game against the Irish, who were leading up to the 89th minute, until Cristiano Ronaldo reminded of himself with a double.

In the upcoming match, it will not be easy either, especially at a party, but the Portuguese are likely to squeeze the stubborn, but at the same time very primitive Ireland.

Predictions for Sport 0
Greece and Spain will meet in the 2022 World Cup qualifying round. The teams