The national team of Ukraine will play on the road against the team of Ireland in the group stage of the League of Nations. The match will take place on June 8 in Dublin. 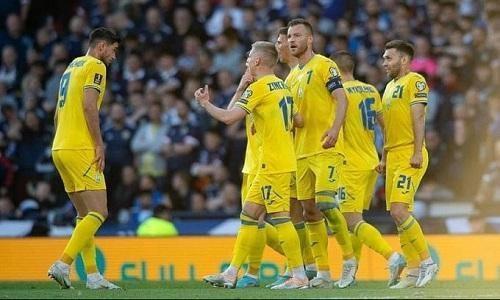 The Irish national team failed the opening match of the new Nations League. In the first round, Stephen Kenny’s team lost away to Armenia – 0:1.

In 90 minutes, the Irish had just two shots on target, despite sometimes having an impressive advantage in possession.

Before that, though, Ireland had an eight-match unbeaten streak. At the same time, at the end of March, she played a draw with Belgium (2: 2) as part of a friendly match, and in the autumn took away points from Portugal (0: 0) in the selection for the 2022 World Cup.

But at the same time, it is worth noting that Ireland did not win a single match in the World Cup qualification, as in the previous season of the League of Nations.

The Ukrainian national team is going to Ireland with the most gloomy mood. Alas, the dream of entering the World Cup remained a dream.

Last Sunday, the Ukrainians lost to Wales (0:1) in the decisive play-off qualifying match.

Incredibly sad defeat. In the first half, Andriy Yarmolenko hit his own goal, trying to clear the ball after a cross from Gareth Bale.

But in general, in terms of the game , Ukraine was still better than Wales. But for football, this is a fairly common situation when not the one who was better and created more chances wins. Recall at least the recent Champions League final – hardly anyone would call Real Madrid’s victory over Liverpool (1:0) logical.

Personnel situation:most likely, Alexander Petrakov will make a number of changes in the starting lineup. Matches with Scotland and Wales Ukrainians started with the same composition, and it is obvious that some players need a break.

The third match in a week for Ukraine. Of course, it will be very difficult for Petrakov’s team in the upcoming game. In addition to physical fatigue, Ukrainian footballers are not in the best morale right now. In a very difficult situation for their country, they did everything to get to the World Cup, but in the end they failed.

Ireland will take advantage of the situation. Most likely, the hosts will score three points, beating a demoralized opponent. Let the Irish be as primitive as possible, but at home they can cut themselves with anyone.