Juventus will play at home against Fiorentina in the 12th round of the Italian championship. The match will take place on November 6. 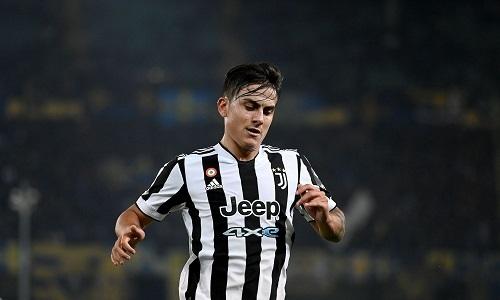 After 11 rounds, Juventus is in ninth place in the Italian championship standings. At the moment, the “Old Lady” has 15 points – 16 less than “Napoli” and “Milan”.

Juventus had a terrible last week, as a result of which, most likely, he dropped out of the fight for the Scudetto. First, Massimiliano Allegri’s team lost at home to Sassuolo (1: 2), and then lost away to Verona (1: 2).

According to the Italian media, Allegri was just furious after these defeats. As a result, the team spent the next few days at the base.

Apparently, it worked. Earlier this week, Juventus scored a 4-2 UEFA Champions League win over Zenit. The best in this game was Paulo Dybala , who scored two goals.

Fiorentina, meanwhile, is in seventh place, three points ahead of Juventus.

The club from Florence started very cheerfully, but then there was a recession. But, judging by the recent matches, Viola has come to its senses.

In the last round, Vincenzo Italiano’s team won a home victory over La Spezia – 3: 0.

Before that there was an away defeat against Lazio (0: 1) and another home victory over Cagliari (3: 0).

Fiorentina have won three of their six away Serie A matches this season.

Last season Juve never beat Fiorentina. The match in Turin ended with the triumph of the guests from Florence – 3: 0.

This season Juventus is playing great in the Champions League, but for some reason it is very vulnerable in Serie A. There is a suspicion that the upcoming match will be no exception.