Manchester United will play at home against Liverpool in Round 9 of the England Championship. The match will take place on October 24. 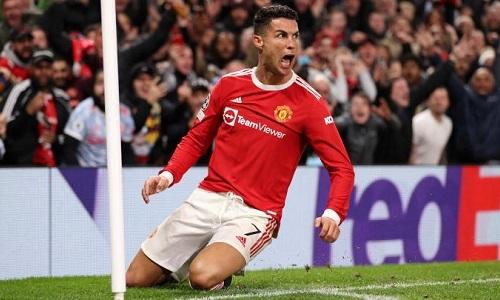 After eight rounds, Manchester United are in sixth place in the Premier League standings. Now the assets of the “red devils” are 14 points.

In the previous round, Manchester United lost away to Leicester, conceding four goals. And this was far from the first terrible match of Ole-Gunnar Solskjaer’s team this season.

A few days later , Manchester United beat Atalanta in the Champions League. But here, too, there were some problems. After the first half, the Italians were leading 2: 0.

And only after the break “Manchester United” was able to change the situation on the field, but there is a suspicion that in the match against a more powerful opponent it would not have come to a comeback. The winning goal, by the way, was scored by Cristiano Ronaldo .

Manchester United have conceded at least one goal in each of their previous nine matches.

Liverpool, meanwhile, have 18 points and are in second place. The gap to Chelsea is one point.

Liverpool had a tough UEFA Champions League match against Atlético in the middle of the week. The Merseysides quickly scored two goals, but then just as easily allowed the opponent to win back. And yet, in the second half, Jurgen Klopp’s team put the squeeze on the opponent.

True, here we must not forget about an important nuance: “Atlético” by that time had already remained with ten men after the removal of Antoine Griezmann.

Liverpool have never lost the Premier League this season. In the last round, the Reds defeated Watford (5: 0) away, and before that there was a bright draw with Manchester City (2: 2).

Manchester United have been looking too vulnerable lately, it will be problematic to fight such a game for the title. At the same time, Solskjaer perfectly knows how to prepare for big matches, but there is a feeling that the Norwegian will not be able to surprise the opponent in the upcoming game. And even more so if Ronaldo is on the field from the first minutes. With the Portuguese in the attack, Manchester United are usually very predictable.

You can also consider the bet on the goal of Mohamed Salah for 2.15 . The Egyptian spends one of the best periods of his career, scoring just in every match.