Internacional and Olimpia scored a goalless draw in Asuncion a week ago, but who will be stronger on 23 July – you will find the answer in the forecast. How will the match turn out? 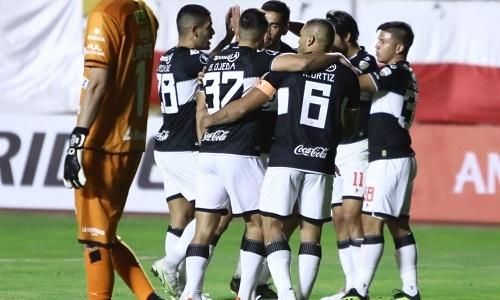 “Internacional” frankly failed at the start of the season in the Brazilian Championship – the team of Diego Aguirre , considered one of the contenders for the title, is now only 13th in the table. Colorados is only five points away from the relegation zone, and the Copa Libertadores zone is four points away.

In the first match with Olimpia, Inter paid maximum attention to defense and won a goalless draw in Paraguay, which leaves good chances of passing.

Olimpia had serious problems winning a ticket to the Libertadores Cup playoffs. Sergio Orteman’s team only in the last round guaranteed itself the second place, beating 6: 2 “Deportivo” from Tachira and thus bypassing the rival in personal meetings.

After a goalless draw with Inter in the first leg of the 1/8 Copa Libertadores, Olimpia lost 1: 3 at home to River Plate in the Paraguay Championship, playing with a reserve squad.

Internacional is gradually gaining shape and coming out of the crisis – in none of the last three matches, Colorados have not lost or conceded a single goal. Olimpia is inferior to the hosts in terms of the selection of players, now the Paraguayans are far from optimal shape, and they can hardly count on success in Porto Alegre.

We believe that the guests have no chance. The forecast is the victory of Internationale . In bookmaker 1xbet mobile app, such an outcome is offered with odds of 1.60

Inter played cautiously away and achieved an acceptable result, but today the hosts will not reveal themselves either, taking into account the price of a goal conceded on their field (the away goal rule is still in effect in the Copa Libertadores). Olimpia is hardly capable of a feat, so you shouldn’t count on productive football today.