The Finnish national team will play at home against Bosnia and Herzegovina in the group stage of the League of Nations. The match will take place on June 4 in Helsinki. 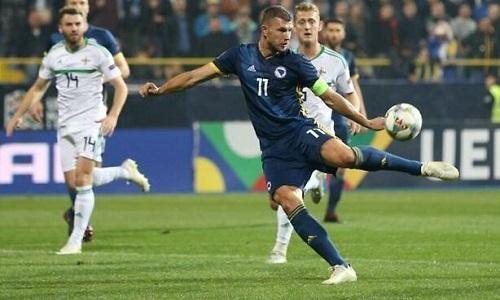 The Finnish national team performed well in the previous Nations League. Suomi took second place in the group, failing to get ahead of only Wale, who moved up to League A.

The Finns won four in six matches and lost twice, conceding only five goals in total. Interestingly, in both cases they lost to the Welsh.

In the selection for the 2022 World Cup, Finland fought to the last with Ukraine for second place and the right to play in the play-offs. The key match was the final round, in which Markku Kanerva’s team lost at home to France.

At the end of March, the Finnish national team played two friendly matches: the first was a draw with Iceland (1:1), and the second was a defeat against Slovakia (0:2).

Personnel situation:Teemu Pukki, the leader and top scorer of the Finnish national team, is ready to play in the upcoming matches.

The Bosnian national team could not stay in the elite division of the League of Nations, dropping to League B following the results of the previous draw.

The Bosnians finished last in the group, where their opponents were Italy, the Netherlands and Poland. In six matches, they scored only two points.

On the positive side, we can note the draws of Bosnia and Herzegovina with the Italians and the Netherlands. These are really worthy results for Ivaylo Petev ‘s team .

In qualifying for the 2022 World Cup, Bosnia finished just fourth in its group with seven points in eight matches.

Personnel situation:Petev managed to collect the optimal composition. Inter Milan striker Edin Dzeko should also play in the next matches.

Last year, these teams played against each other in the selection of the 2022 World Cup. And the Bosnians have not the most pleasant memories. The meeting in Helsinki ended in a draw 2:2, and on the field of Bosnia the Finns won with a score of 3:1.

At home, the Finns, most likely, at least will not lose. Bosnians have not been impressive lately.