The national team of Ukraine will play on the road with the team of Kazakhstan in the fourth round of the qualifying tournament for the 2022 World Cup. The match will take place on September 1 in Nur-Sultan. 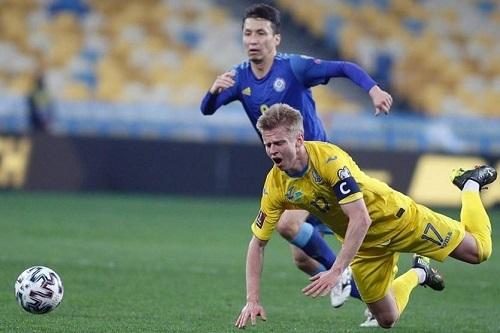 The national team of Kazakhstan currently occupies the last place in its qualifying group. Nothing surprising, but there are nuances.

In the spring, Talgat Baysufinov’s team played two matches. In the first, Kazakhstan lost at home to France – 0: 2.

But then there was a rather unexpected result. Kazakhstan played in a draw with Ukraine. The meeting in Kiev ended in a 1: 1 draw. It is clear that the Ukrainians played better, they had chances, but the score was on the scoreboard – the Kazakhs held out.

The losing streak of the Kazakhstan national team is already 15 matches.

Serious changes have taken place in the Ukrainian national team after the Euro. Andriy Shevchenko and his staff decided to leave the team, refusing to renew the contract with the Ukrainian Football Association (UAF).

Despite an excellent performance at the European Championship, where Ukraine reached the quarterfinals, Shevchenko decided that he no longer wanted to continue working with the national team. And his decision, apparently, caught the UAF by surprise.

The leadership of the organization tried to come to an agreement with Sergei Rebrov, but the club did not let him go. Therefore, it was necessary to appoint Alexander Petrakov , who is known for leading the junior national team of Ukraine to victory at the 2019 World Cup. Another question is that he has absolutely no experience of working with adult teams.

In the spring, Ukraine did not play very well in the World Cup qualifiers. The Ukrainians drew three times – with France, Finland and Kazakhstan. In all cases 1: 1. The results of the match against the Finns and Kazakhs were certainly disappointing.

Under Shevchenko’s leadership, Ukraine tried to play beautiful football. Sometimes it was good, sometimes not so bad. Petrakov, perhaps, would like to keep this style, but he simply does not have time for this.

But here’s what’s important: the easier Ukraine plays, the better it does. So it’s too early to say that without Shevchenko and his powerful staff, the team will play worse.

You can also consider a bet on Ukraine’s total over 1.5 for 1.77 . Whatever one may say, but Kazakhstan has a national team all the samesignificantly lower class… And somehow I can’t believe that Kazakhstan did not lose to Ukraine in both matches.