Manchester City will play away against Southampton in the 23rd round of the Premier League. The match will take place on January 22. 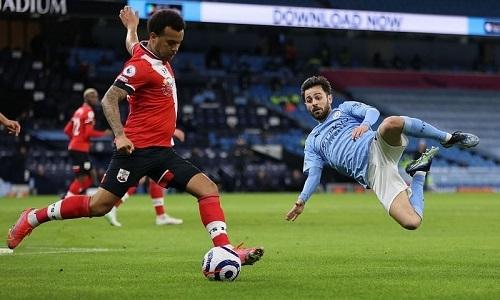 Southampton are 12th in the Premier League table with 24 points from 21 matches.

Southampton kicked off January with a 3-2 away win over Swansea in the FA Cup. After that, the team of Ralf Hasenhüttl defeated Brentford at home (4:1).

But it was not possible to extend the unbeaten streak, which was five matches. At the end of last week , Southampton lost to Wolverhampton (1:3).

Southampton have only lost once in 10 Premier League home games. At the same time, a draw was recorded in six cases.

Manchester City, meanwhile, top the table. In 22 rounds, the current champion scored 56 points. The gap from the nearest pursuer is already 11 points.

In the last round , Man City won a home victory over Chelsea. The only goal was scored by Kevin De Bruyne. It was perhaps the key match in the title race. It is difficult to imagine that someone will now be able to at least get closer to the “townspeople”.

The winning streak of Josep Guardiola ‘s team is already 12 matches, in which she conceded only seven goals.

Man City’s unbeaten away streak in the Premier League is already ten matches.

“Southampton” at the beginning of the season survived at the “City” field. In mid-September, the teams tied 0-0. And this is not the only time when Guardiola’s team had problems in the game against the Saints.

City are likely to win, but not by a big margin.