Real Madrid will play on the road against Osasuna in the 33rd round of the championship of Spain. The match will take place on April 20 in Pamplona. 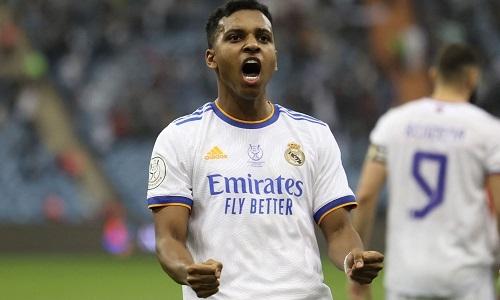 Osasuna are in ninth place in the La Liga standings after 32 rounds in which they scored 44 points.

“Osasuna” in early April suffered an unpleasant guest defeat from “Betis” (1:4), but after that they had two successful matches.

“Osasuna” suffered only three defeats in the previous ten matches of the championship of Spain at home.

Real Madrid, meanwhile, is on the first line, gaining 75 points in 32 matches.

Last Sunday, Madrid played another incredible match, after which many must have come to terms with the fact that there was no more intrigue in the title race.

Real Madrid won a strong-willed victory over Sevilla – 3:2. Carlo Ancelotti ‘s team bounced back 0-2, and the decisive goal in the last minutes was scored, of course, by Karim Benzema.

In addition, Real Madrid reached the semi-finals of the Champions League last week. The Royal Club lost to Chelsea at home, but the sum of two matches turned out to be better. Again, Benzema’s goal was key.

The gap between Real Madrid and its competitors is already an impressive 15 points. Obviously, something incredible must happen for Madrid to allow themselves to be caught up.

But at the same time, it is likely that in the next match, Real Madrid may take a short break. Still behind the hardest matches. And ahead is a meeting with Manchester City.