Olympiacos will play at home against Maccabi Haifa in the second leg of the second round of Champions League qualification. The match will take place on July 27. 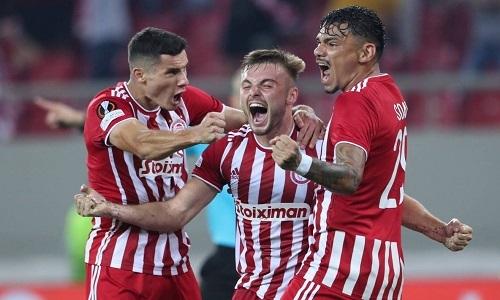 In Olympiacos, they were hardly satisfied with the result of the first match. The game in Haifa ended in a draw – 1:1.

The Greeks scored an early goal and held the advantage until the 92nd minute, when they conceded an offensive goal.

But in fact, everything is natural, “Maccabi” had a great home meeting and definitely did not deserve defeat.

In “Maccabi”, most likely, they were also upset after the first match with the Greeks. The Israeli champion could well have won if he had managed his chances a little better at the opponent’s goal.

But in any case, the club from Haifa had a great match, often dominating the game against an opponent who regularly plays in European competition.

For “Maccabi” it was the second official match in the new season. In the middle of the month, Barak Bahar’s team lost to Hapoel Beersheba in the Israeli Super Cup match. True, here everything was decided only in the penalty shootout.

The Greeks did not convince at all in the first match. It is better to refrain from betting on the victory of the hosts. This is clearly not the case when you can say that Olympiacos is really better than the opponent.

It is likely that Maccabi will score at least one goal in the second leg.

Bet – both teams to score in 2.02. This is perhaps the best option.