The Portugal national team will play at home against the team of North Macedonia in the decisive play-off of the 2022 World Cup qualification. The meeting will be held on March 29 in Porto. 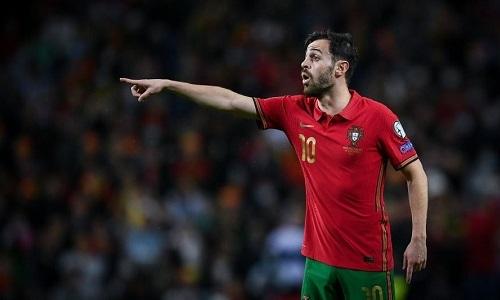 The Portuguese had an incredibly dramatic match against Turkey (3:1) in the semi-final of the joints. The account in this case is deceptive, everything was much more complicated.

After the first half , Portugal led 2-0, but in the second, Turkey first won back one goal, and then could even equalize the score, but Burak Yilmaz did not convert a penalty.

Cristiano Ronaldo , as usual, was very useful, but this time he could not score. Turkish gate hit Otavio, Diogo Jota and Mateus Nunes.

The Portuguese national team has won six victories and suffered only one defeat in eight matches since Euro 2020.

North Macedonia is the author of the main selection sensation for the 2022 World Cup. Far from the strongest European team stopped Italy.

And the most surprising thing is that Blagoy Milevsky’s team beat Squadra Azzurra on their own field.

The Macedonians scored the only goal a couple of minutes before the end of the second half. In the end, the Italians did not even have time to try to recoup.

But still, we must admit that North Macedonia was lucky. The game will be forgotten, the result will remain, but this is the case when the winner is clearly not the one who was noticeably better. During the match, Italy missed a large number of chances.

The national team of North Macedonia has suffered only three defeats in the last ten matches.

Anything is possible in football, but to be honest, one more feat of North Macedonia is hard to believe. It is unlikely that the Portuguese will repeat the mistakes of the Italians.

Portugal should have no problem beating a team like North Macedonia at home.

You can also consider a bet on Portugal goals in both halves for 1.93.