Tottenham will play at home against Arsenal in the 22nd round of the championship of England. The match will take place on January 16 in London. 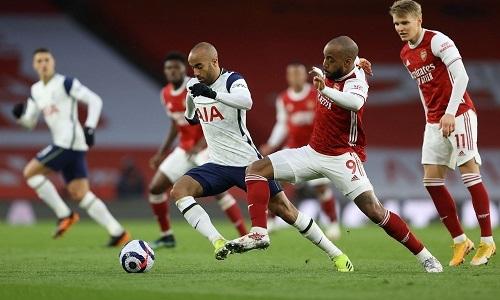 Tottenham are sixth in the Premier League table with 33 points from 18 games played.

A few days ago, the Spurs once again lost to Chelsea (0:1) in the semi-finals of the League Cup. But I must say that this time Antonio Conte ‘s team looked much better, although they still lacked sharpness in attack.

Before that , Tottenham won a strong-willed victory over Morecambe in the FA Cup. It was possible to open the opponent’s defense only after the 70th minute.

Tottenham unbeaten streakin the Premier League is already eight matches (five wins and three draws). At the same time, in their field in the framework of the championship, the Spurs suffered only two defeats in ten games.

Arsenal, meanwhile, are in fifth place after 20 games played, in which they scored 35 points.

Arsenal had a tough mid-week match against Liverpool in the League Cup semi-finals. Already in the middle of the first half, the Gunners remained in the minority after the removal of Granit Xhaka. But even taking into account this loss, Arsenal eventually survived – the match ended in a 0-0 draw. And I must say that Liverpool had practically no dangerous moments.

But January began for Mikel Arteta ‘s team with two defeats. First, Arsenal lost at home to Manchester City (1:2), although this defeat can hardly be called deserved. It was one of those few occasions when Man City played noticeably worse than the opponent.

And then Arsenal unexpectedly lost in the FA Cup to Nottingham Forest (0:1).

Given all the tactical nuances, the match is unlikely to be productive. There will be a lot of struggle, fuss and very little specifics in the attack.

You can also consider a bet on the match total less than 2.5 for 1.99 . It is very doubtful that the tactical confrontation between Conte and Arteta will please with an abundance of goals scored.