Barcelona will play away against Villarreal in the 15th round of the Spanish Championship. The match will take place on November 27. 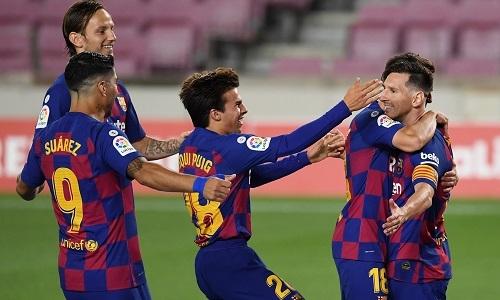 Villarreal is ranked 12th in the La Liga standings after 13 games played. Now the “submarine” has 16 points.

The week began for Villarreal with an unpleasant 0-2 defeat to Manchester United in the Champions League. Unai Emery’s team lost because of the stupidest mistake at the end of the match, when they themselves presented the opponent with the perfect opportunity for a productive attack.

In the previous round of La Liga , Villarreal played away in a draw with Celta (1: 1). And this was the seventh draw for the team in the current championship.

Villarreal have suffered only one defeat in six La Liga home games.

Barcelona, ​​meanwhile, are in seventh place. In 13 matches, the Catalans scored 20 points.

At the end of last week, Barça played the first match under the leadership of Xavi.

The long-awaited debut of the club legend as head coach ended with a modest 1-0 win for Espanyol. Memphis Depay scored the only goal with a penalty kick.

Barcelona did not show anything special in the Champions League home match against Benfica. Only this game ended in a draw – 0: 0.

It is obvious that Barça is suffering from staffing problems. And first of all, it concerns the attack. The composition of the team urgently needs strengthening.

The odds are indeed 50-50. In the current situation, Barça can hardly be called the favorite in the away meeting with the strong Villarreal. It is extremely dangerous to bet on Xavi’s team in this match.