The French national team will play at home against Kazakhstan in the qualifying tournament for the 2022 World Cup. The match will take place on November 13 in Paris. 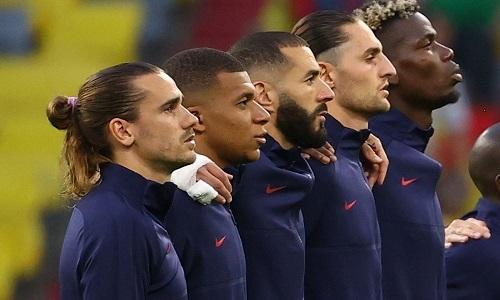 The French are conducting the current selection at the most imposing pace, but at the same time they are still in the lead.

In October, the French national team won the League of Nations. In the semifinals, Didier Deschamps’ team made an incredible comeback against Belgium, playing 0-2 and scoring the decisive goal in the last minutes. And in the decisive match, the French won a strong-willed victory over Spain (2: 1).

France have tied twice in three home matches of the 2022 World Cup qualification. Les Bleus could not win against the national teams of Ukraine and Bosnia and Herzegovina – both meetings ended with a score of 1: 1.

Kazakhstan is in last place in the group, having lost the chances of reaching the final of the 2022 World Cup.

In seven games played, the Kazakhs scored only three points. Although in their case, this is not such a bad result.

The national team of Kazakhstan drew twice with Ukraine, and was also able to take points from Bosnia and Herzegovina.

In three away matches of the World Cup qualification, Kazakhstan suffered only one defeat.

Kazakhstan really improved, it’s not so easy to beat this team. But in this case, the level of teams is still incomparable.

But it is very doubtful that the French will win by more than three goals. In this regard, France has absolutely ceased to strain.