The French national team will play at home against Croatia in the fourth round of the group stage of the League of Nations. The match will take place on June 13 in Paris. 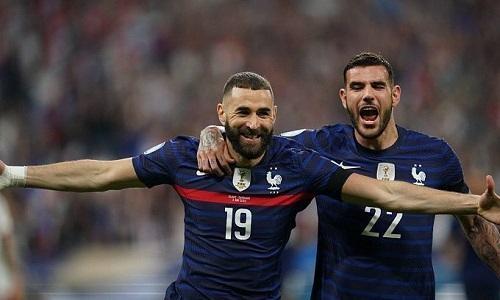 The French national team is in last place in the group after three rounds, gaining only two points. And this is currently one of the main surprises of the League of Nations.

On the one hand, we can say that the French were somewhat unlucky. For example, in the match against Denmark they definitely played just as well, but in the end they blundered twice in defense and conceded in both cases.

In the game against Croatia, the reigning world champions also led the way, but missed the victory, allowing the opponent to score after a stupid penalty.

On Friday , France played a draw with Austria – 1:1. Didier Deschamps’ team created a decent number of chances, but scored only once – the team was saved from very unpleasant consequences by substitute Kylian Mbappe .

The leader of the French national team is not yet ready to play all 90 minutes, but it is obvious that the team has completely different opportunities with and without him.

The Croatian national team is in third place with four points from three matches, the same as Austria, which is second thanks to additional indicators.

The Croats had a very weak first match, in which they lost miserably to Austria (0:3), but this result, apparently, brought them to their senses.

First, the team of Zlatko Dalic played a draw with France – 1:1. And the result is absolutely on the game.

And in the third round , Croatia won a guest victory over Denmark – 1:0. In the second half, the Croats controlled the game thanks to two important substitutions – the entry of Luka Modric and Mateo Kovacic was the key.

The Croatian national team has suffered only one defeat in 12 previous matches.

A key match in every sense for France. In the event of a loss of points, Deschamps’ team will most likely lose their chances for first place. And the defeat can even turn into relegation from League A.

In such a situation, the French will do everything to score three points, otherwise the chair under Deschamps may stagger.