Barcelona will play away against Galatasaray in the second leg of the 1/8 finals of the Europa League. The match will take place on March 17. 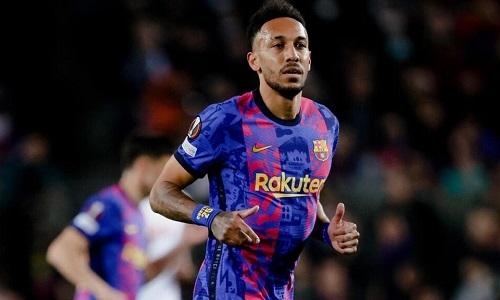 Galatasaray miraculously survived in the first match against Barça. The meeting at the Camp Nou ended in a draw – 0:0.

This result came as a big surprise. But it is easily explained by the fact that Barcelona that day were not good enough.

It is curious that the away match with Barcelona is the first time this year that Galatasaray did not concede a single goal. As a rule, the Turkish club’s defensive play is very poor.

Galatasaray have won only two victories in their previous ten matches at home.

The result of the first match was a complete disappointment for Barça. Instead of a confident victory – just a goalless draw.

The head coach of the Catalans Xavi even said that it was one of the worst matches of the team under his leadership. First of all, in terms of attitude and motivation. The Barcelona players never doubted that they would beat Galatasaray, and this, apparently, angered Xavi.

The words of the coach worked very quickly. Last Sunday, “Barcelona” “carried out” in its field “Osasuna” – 4:0. The guests received the first three balls by the middle of the first half.

Barcelona have scored 13 goals in their previous five away matches.

The result of the first meeting can be safely called a misunderstanding. Barça had obvious mental problems that day.

Everything will be different in Istanbul. And it is possible that Xavi’s team will ship both home and away balls to the opponent at once.