The Italian national team will play at home against Belgium in the match for third place in the League of Nations. The match will take place on October 10 in Turin. 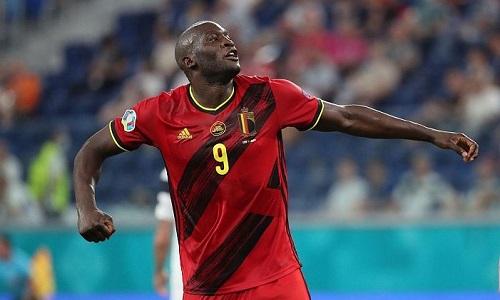 The Italian national team, contrary to almost all forecasts, could not reach the final of the League of Nations. In the semifinals, the reigning European champions were defeated by Spain – 1: 2.

And this was Italy’s first defeat since June 2018. Incredible unbeaten run ended at 38th match… But in any case, the world record for the number of games without defeat now still belongs to the Italians.

In the match against Spain, Roberto Mancini’s team was ruined by a quick conceded goal. Italy was not very accustomed to recouping, plus another problem was soon added to this – Leonardo Bonucci received a red card a couple of minutes before the break. While Squadra Azzurra was recovering, the Spaniards scored another goal.

It is clear that it is unrealistic to play two goals against Spain with ten men, although Italy still tried and even managed to score one goal. But generally speaking, it was an absolutely deserved victory for the Roha Fury.

Meanwhile, the Belgian national team has experienced another disaster. It seemed that this time nothing would prevent her from reaching the final and competing for the trophy, but at some point something went wrong again.

The Belgians just had a perfect first half in the match with France, scored two amazing goals, and, in fact, were already one foot in the final, but after the break, the game scenario changed dramatically.

First, the French played one goal, then another – and now 2: 2. And the psychological advantage is completely on the side of the opponent. However, shortly before the final whistle, Romelu Lukaku scored again, but this goal was canceled after watching video. And literally in the very next attack, the French team finished off Belgium with a gorgeous goal by Theo Hernandez.

Judging by the comments of the Belgian national team players , after such a defeat, they do not really want to go to the match for third place, which really makes little sense.

One can easily believe that the Belgians have no desire to play in such a match. Playing for third place in the League of Nations is, in general, a friendly match.

Italians, on the other hand, will not have such motivation problems. Although due to the fact that the match will be held on their field.

The bet is the victory of Italy in 2.23 . Belgium, by the way, will probably not be in the optimal composition, which can also be considered a serious argument in favor of Italy. Well, let’s not forget how famously Italians dealt with top Belgium at Euro 2020.