Juventus could not beat Inter in the Italian derby and will now host Sassuolo in mid-week. Will Max Allegri’s team score 3 points? Let’s choose several options for a bet at once. Full statistics and odds for the match can be found at 1xbet app download for android. 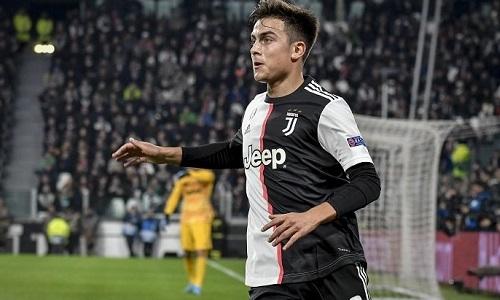 Juventus cannot record the derby as an asse

Massimiliano Allegri’s team unsuccessfully started the match with Inter, conceding already in the 17th minute from Edin Dzeko. The further development of events resembled a one-way street – the Neradzuri played in Juventus, scoring, closed tightly, and the Bianconeri tried to open the massive defense of the opponent. It turned out only at the end of the meeting, and even then from the penalty spot. At the 89th minute, Paulo Dybala scored from the penalty spot. A draw is hardly what Juventus was counting on in this match. Moreover, Napoli finally stumbled, which means there was a good chance to get closer to the leader. Well, at least Dybala scored – there is a reason to be glad for the Argentine striker who has recovered from an injury.

According to the results of 9 rounds, Juve has 15 points, 6th place in the standings and 10 points behind Milan and Napoli, which currently share the first line in Serie A.

In the previous round, Alessio Dionisi’s team played host to Venice. Sassuolo approached the match with only 8 points and was dangerously close to the relegation zone. So the lack of points in the home game with an outsider could hardly be justified. Moreover, a draw or a defeat in the meeting with Venice could well have caused the resignation of coach Dionisi, who so far clearly does not live up to the expectations of the club’s management.

Fortunately for the mentor, his players confidently coped with the task. “Sassuolo”, although conceded first, answered three times, deciding the outcome of the meeting long before its end. 3: 1 – now the “nerverdi” has 11 points, 13th place and 5 handicap points from the relegation zone.

There can hardly be any doubt that Juventus will win in the upcoming match. And it’s not just the strength of the Turin people, which has recently become more and more obvious. Much more important here is not the best condition of today’s Sassuolo. This is no longer Roberto De Zerbi’s team, which caused trouble to all, without exception, the giants of Serie A. At the moment, the “neroverdi” deservedly occupy a place in the basement of the standings and are unlikely to be able to provide at least some resistance to Max Allegri’s gang in Turin.

The prediction is a victory for Juventus.