On Wednesday 29 September, Juventus will host Chelsea in the second round of the Champions League group stage. The meeting of Group H, which will be held in Turin at the Allianz stadium. 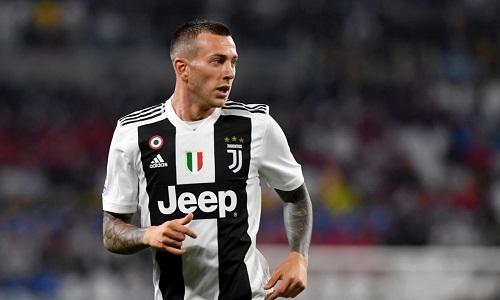 Juventus started in the Champions League with an away victory over Malmo (3: 0), the goal of which was hit by Alex Sandro, Paulo Dybala and Alvaro Morata .

In the Italian championship, the “old lady” is not yet so successful. In six rounds, she scored only 8 points and is in ninth place in the standings.

At the same time, in the last two rounds of the national championship, Massimiliano Allegri’s charges defeated Spicia (3: 2) and Sampdoria (3: 2).

After injuries at Juventus, Arthur, Paulo Dybala and Cayo Jorge are recovering. The participation of Alvaro Morata and Adrien Rabiot remains in question.

Chelsea also scored three points in the first round of the Champions League group stage, beating Zenit 1-0 thanks to a goal from Romel Lukaku .

In the Premier League standings, the Blues are in third place with 13 points in six played rounds.

Among the injured Chelsea are Christian Pulisic, Rhys James, Mason Mount and Jorginho.

The “old lady” nevertheless began to recover after the loss of Cristiano Ronaldo, but the successes in the meetings with “Spice” and “Sampdoria” were still not sure.

Obviously, Juventus can hardly be called the favorite of the match with the reigning champion of the tournament. Yes, the Blues lost to Manchester City, but in general, defeats have become a rarity for Londoners.

In addition, Chelsea are impressive defensively, while Juve have injured Dybala and Morata, who have scored almost half of their goals this season.

Based on this, we do not expect an overly productive game. Our forecast and bet is “total under 2.5” at 1.76.

You can also take the bet “both teams will score: no”, which is accepted with odds of 1.83.